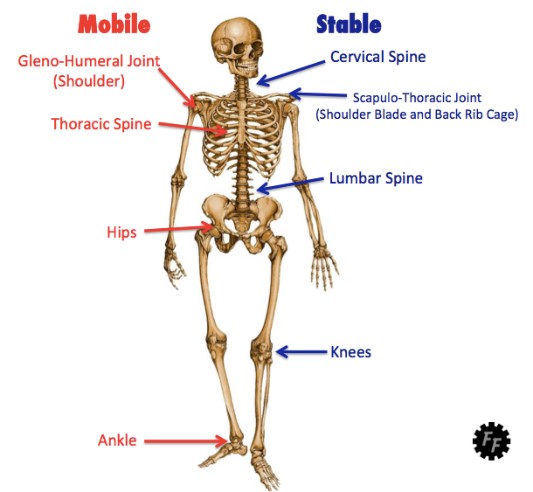 The “functional” in Functional Screening refers to a movement that is commonly used in physical activity and sport, for example, the squat exercise. Squatting is a common movement used daily by all active individuals. The squat movement pattern occurs when sitting, getting up from a seated position or when bending to pick an object. Rugby players squat frequently during training, practice, and play. Players move into a form of squatting when they are preparing to pack down in a scrum, use a squat pattern to get ready to jump in a lineout, and use a form of squat when driving an opponent back during a tackle. The squat, it can be stated, is a common ‘functional’ movement pattern within the game of Rugby.

Using an Overhead Squat movement pattern, we can observe and assess a player’s movement ability. This can help highlight any imbalances in terms of muscle tightness or weakness, and joint mobility/stability issues that may exist in completing such a movement (Cook et al, 2010; Clifton et al 2015). The aim is to help the coach to observe possible areas of imbalance so that they may be able to design a more individualised training programme for their players.