The adult choking treatment algorithm shows clearly that if a player is choking with an effective cough they should be encouraged to keep coughing in the hope they will be able to dislodge the foreign body themselves.

However if the choking player is suffering from severe airway obstruction with an ineffective cough then they should be administered up to 5 back blows. 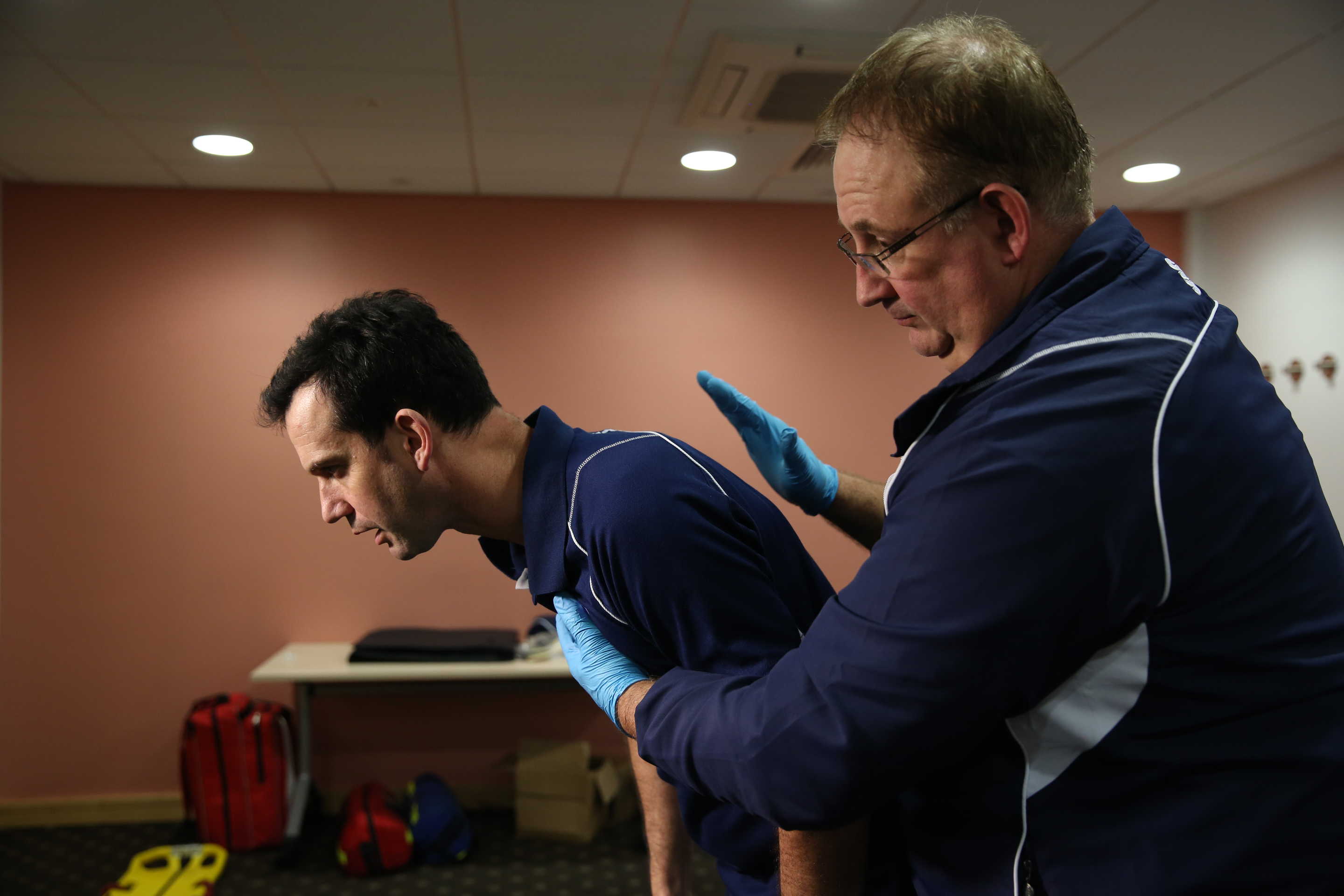 If following the 5 back blows, the foreign body has not been removed and the choking player remains with an ineffective cough, up to 5 abdominal thrusts should be administered. 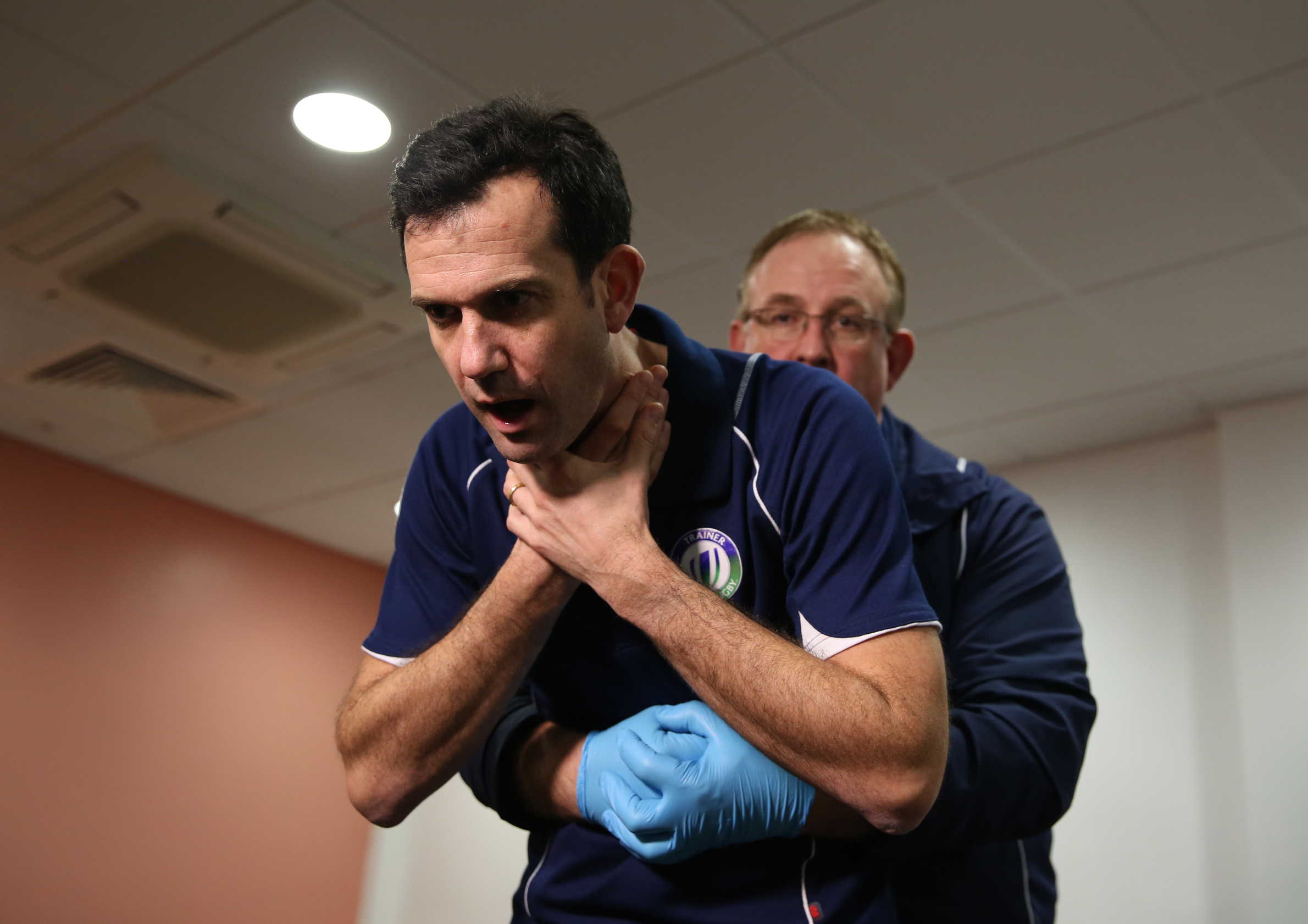 If after delivering the 5 abdominal thrusts the foreign body still has not been dislodged then the rescuer should return to up to 5 back blows, then 5 abdominal thrusts and so on. If the player collapses unconscious CPR should be commenced immediately.