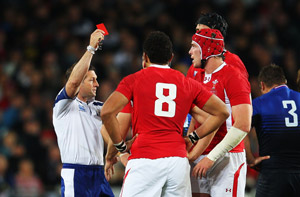 Disciplinary hearings are organised in the following cases:

To follow and administer this programme, the following Tournament Officials will be involved during the competition:

Hearings will take place during the days after the match.