The lineout is a means of restarting the game after the ball, or a player carrying the ball, crosses the touchline. The opponents of the team who last held or touched the ball, prior to it going out of play, throw the ball into the lineout. To win possession, any player in the lineout can jump for the ball, supported in the jump by two team-mates. The team throwing in the ball has the advantage since they can call a code that alerts their team mates to the destination of the throw. After the ball is caught, the ball can be passed to the scrum half for further distribution or a maul can develop. The option chosen may depend on field position. The age at which players may be supported can vary per Union. All should make themselves aware of the differences.

Law definition
The purpose of the lineout is to restart play quickly, safely and fairly, after the ball has gone into touch, using a throw-in between two lines of players. 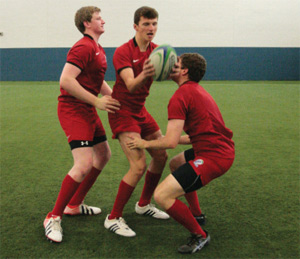 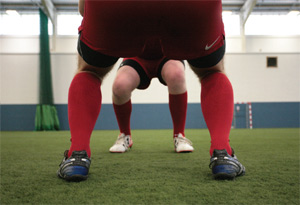 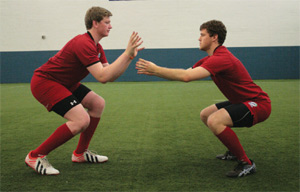 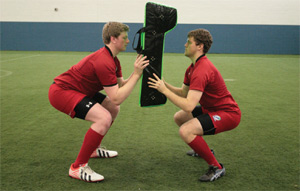 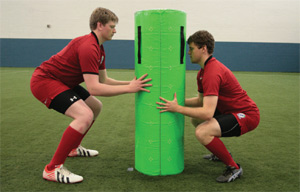 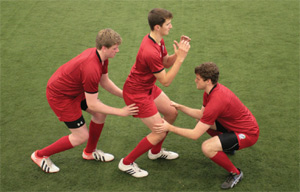