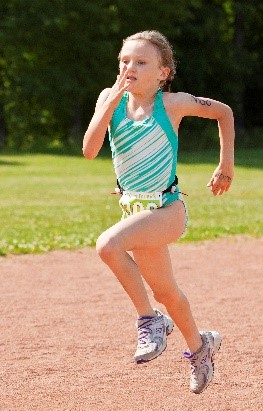 Speed, or how fast a player can cover a certain distance, is a key performance determining factor in rugby. During childhood, the basics of running and sprinting techniques should be included in training to lay the foundation of this very important movement skill. In children, there is a theoretical window of increased opportunity for speed development due to neural system development (Oliver et al, 2013). The nervous system, while not fully developed and matured in childhood as discussed previously, will still mature as the child progresses through childhood. This will allow the child to become faster and improve their speed with appropriate training that focuses on the neural side of speed.

According to Oliver et al, (2013) training should focus on improving technique and shortening ground contact times as this is a key determining factor in sprint speed. Plyometric training is a method of training that will shorten ground contact times. It aims to enhance high rates of force production and power which allows the player to become more explosive (Jeffreys and Moody, 2016; Popovic, 2016). This method of training is discussed in more detail in the Conditioning for Youths module but with children it involves jumping and rebounding off the ground exercises. These exercises promote creating as much force as possible in as short a contact time with the ground as possible. This transfers to improved speed. Sprint technique is key to training and developing speed but this provides challenges based on growth and changes in limb length which can affect technique. As the child matures and nears the late stages of childhood (around 11-12) they could possibly have the maturity to perform some more organised and formal sprint training but as discussed previously the coach should be looking to develop speed indirectly through small sided games or activities. Some key coaching points for sprint technique include:

Good coaching cues can make all the difference, especially when working with children. A child may not understand the cue “I want you to have a short ground contact time with your foot” whereas “the ground is red hot lava so get your foot off the ground as quickly as you can after it lands” will be much easier for the child to understand so make sure you think carefully about what you are saying.

Some examples of games and activities that could be used for speed development are presented below.

Catch your partner – players on cones a set distance apart. On hearing the whistle the front player tries to run a set distance without being caught by their partner. This will develop straight line speed and the competition aspect will engage the children.

React to the ball - two players stand side by side facing forwards. The coach is behind and throws a rugby ball over their heads, the players should accelerate forward to try and gather the ball first, this will develop reaction ability as well as speed and acceleration ability in the child, it is also rugby specific.