If required there are three simple manoeuvres that can be used to open an airway. These will lift the tongue forward, thereby relieving obstruction due to the tongue falling backwards.

These manoeuvres are, Head Tilt, Chin Lift and Jaw Thrust.

Head Tilt and Chin Lift: Head tilt and chin lifts are usually performed together, and are often considered one manoeuvre. To perform this manoeuvre, the practitioner will place the palm of one hand across the injured player’s forehead, and will use the fingers of the other hand to hook under the tip of the chin. The head is then tilted backwards while the chin is lifted forwards.

Jaw Thrust: The jaw thrust does not change the alignment of the neck and can therefore be used in a player with suspected cervical spine injury. The fingers should be placed under the angle of the player’s mandible bilaterally, and lifted forward. This will lift the mandible and all of the soft tissues of the floor of the mouth, including the tongue, forward.

Traditionally this is done from the “head end” by placing the thenar eminences on the player’s cheekbone while lifting the angle of the mandible forward. This should not be done if there has been facial trauma! However, if manual in-line immobilisation is being carried out from the head end, it is possible to carry out an “inferior approach” jaw thrust as shown below.

Handheld suction devices should be immediately available at the pitch side. Any foreign material in the oropharynx should be removed immediately to prevent aspiration. Suction should only be performed under direct vision to prevent trauma to the oropharynx and to prevent vagal stimulation. A useful tip is to hold a pen torch between the teeth while using suction.

This will illuminate the inside of the mouth to facilitate suction, but also means that should the player develop trismus during the procedure, the soft suction device will still be able to be removed, rather than it being clamped between the teeth. 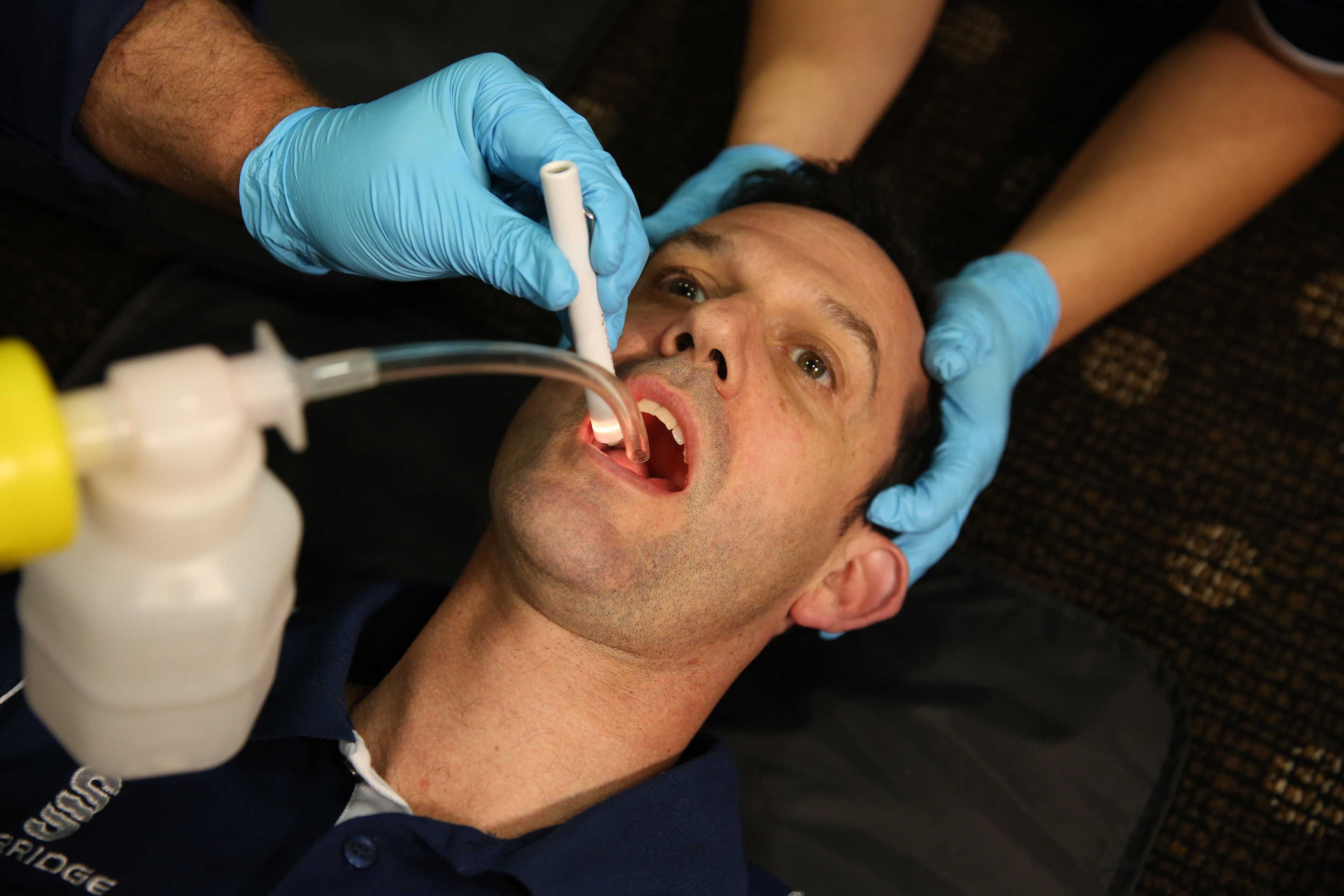