This section builds on the Pre-Level 1 content on game demands and integrated conditioning and looks at how best to prepare players for the on field playing demands.

A recap of the game demands is followed by an examination the highest intensity passages of play, what that means for the physical demands placed on the players, and their subsequent training needs. 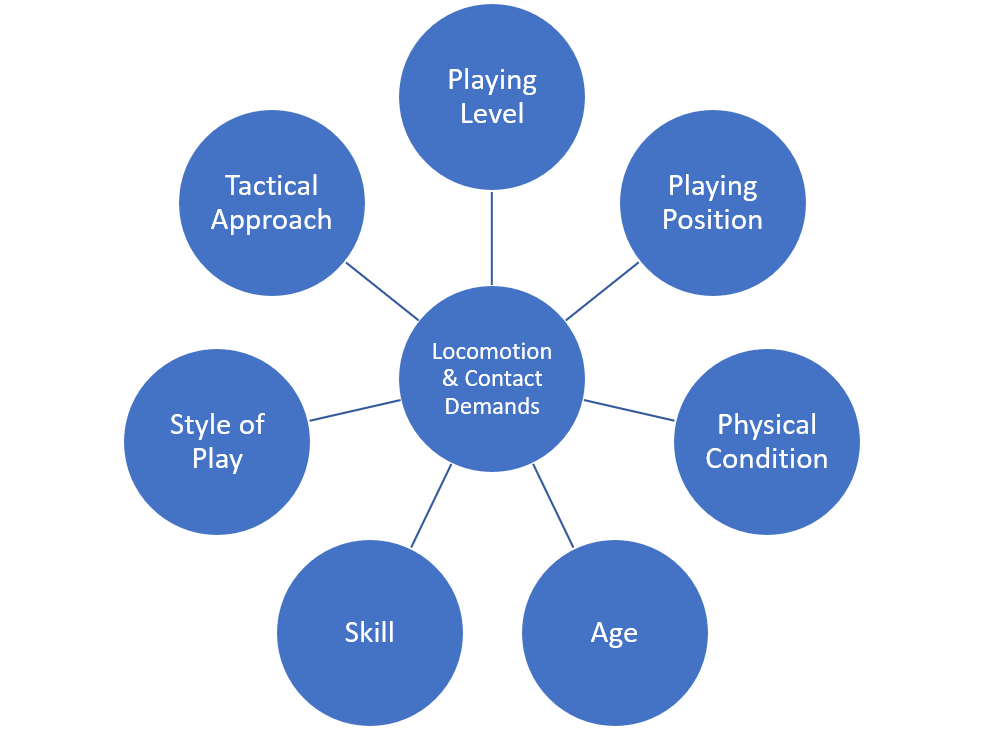 Various methods of conditioning that are commonly used are introduced and explained.

This module aims to provide the coach with easy to apply information and conditioning practices which they can incorporate into their training programmes.

Refers to processes occurring in the presence of or requiring oxygen. Aerobic fitness or endurance is the capacity to continue prolonged physical activity and withstand fatigue. It depends on the ability of the lungs, blood and heart to take in and transport oxygen to the working muscles, and the ability of the muscles to extract the oxygen from the blood to fuel the energy reactions required for movement.

Refers to the processes occurring in the absence of or not requiring oxygen. The anaerobic capacity of a player is the total amount of energy obtainable from the anaerobic energy systems. Anaerobic exercise is usually short in duration and high intensity.

Figure 2. The three energy systems and examples of physical activities associated with them.

All three systems are always active. When different demands are placed on the body through different types of exercise, the systems can organise so that the system best suited to meet the intensity demands of the exercise dominates the energy store replenishment until the exercise ceases or the system fatigues.

The maximal amount of oxygen that a person can take in and use within the body. A high VO2 max is linked with a high level of aerobic fitness.

The point during exercise of increasing intensity where blood lactate begins to rise significantly above resting levels.