Over the last 2 decades, Fuller and colleagues in 2008, 2013, 2017 have reported injury rates associated primarily with professional rugby and the incidence reported is between 83.9 to 90.1 injuries per 1000 hours of match-play. Recent injury incidence studies now inform us of the injury rates from age grade and community male and female players within both 7s and the 15s game. These rates range from training/practice related injuries of 1.2 per 1000 hours to 164 per 1000 hours of match play for female and male players across all age ranges and levels (King et al 2019, Solic-Mencia et al 2019, Falkenmere et al 2019). Typically, it appears that injury incidence is greater during match-play compared to training/practice.

Figure 2. Injury incidence is greater during match-play compared to training and practice. 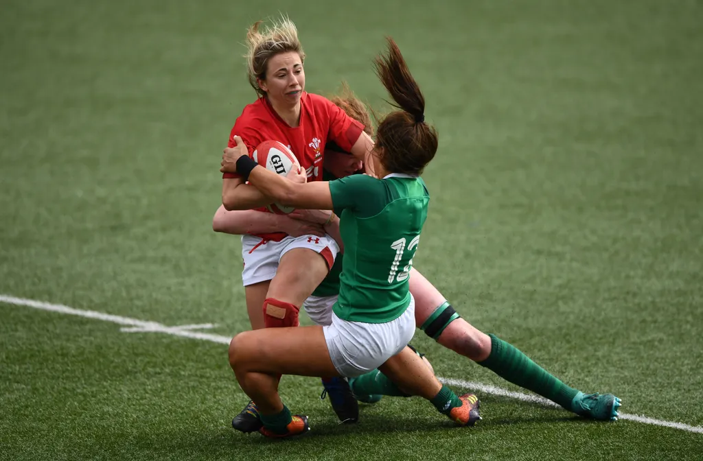 Falkenmere and colleagues in 2019, when reporting the injury incidence within male amateur players noted that there was a significant difference in the number of injuries between match quarters, with the greatest injury number in the fourth, followed by the second, third, and first quarter. This suggests that injury rates in amateur male rugby may increase at the end of each match half and peak in the final 20 minutes of match play. Using these findings, we can better understand the aetiology of injury which will add to the development of more specific and successful injury prevention programmes in the amateur game.