Figure 9. Repeated Sprint Ability (RSA) may be considered a sub-set of Repeated High Intensity Exercise (RHIE). Consider, what are the other repeated high intensity activities within the game? 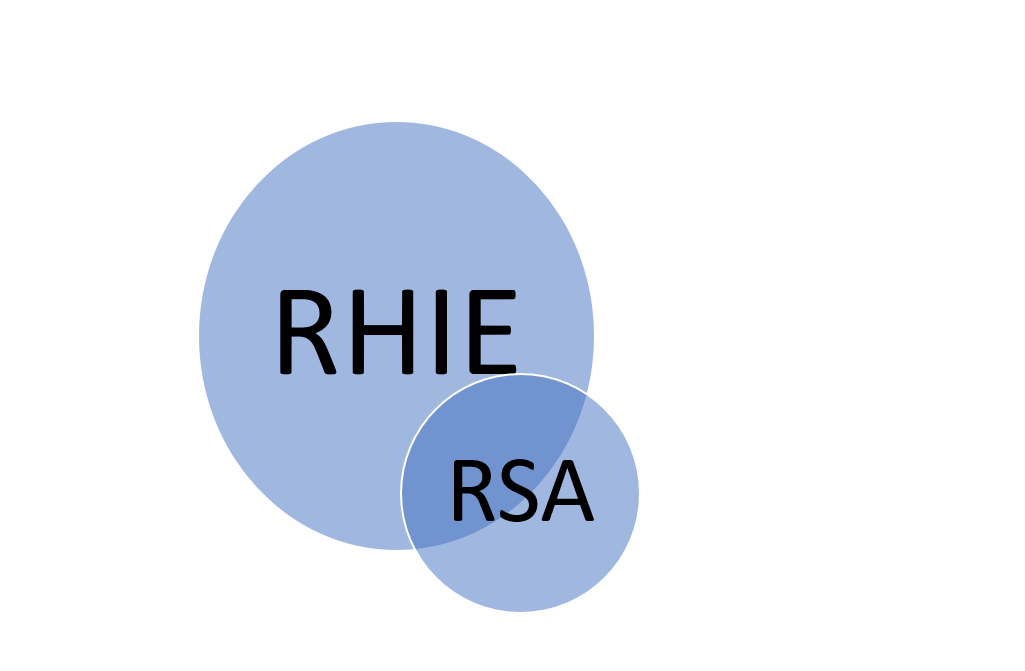 Repeated Sprint Ability (RSA) can be defined as the ability to repeatedly produce maximal or near maximal efforts (i.e. sprints), interspersed with brief recovery intervals (consisting of complete rest or low- to moderate-intensity activity), over an extended period of time (1–4hours).

With regards to rugby, coaches must be aware that all high intensity efforts are not necessarily sprints and collision demands can have very high intensities. Therefore, it may be more appropriate to use the term Repeated High Intensity Efforts (RHIE) rather than Repeated Sprint Ability. Regardless of the terminology used, the need for rugby players to produce bouts of high intensity effort and recover effectively in between these bouts is key to performance.

Phosphocreatine is the molecule that the ATP-PCr system relies on to rapidly regenerate ATP (the energy molecule) within the cells. The ATP-PCr is the energy system that will dominate the short very intense bursts of effort and so is key for repeated sprint performance. Phosphocreatine has very limited stores and after one six second sprint its levels may be depleted by up to 50 %. Stores of Phosphocreatine can take up to five minutes to fully replenish and so during RSA or RHIE the stores do not have time to fully replenish between efforts.

While the glycolytic energy system contributes up to 40% of the energy for the first sprint in an RSA protocol, this dramatically drops off as the sprints are repeated whereas the aerobic contribution increases as the sprints continue in an RSA protocol. This highlights the importance of the aerobic energy system to RSA and reducing performance decrement as the sprints continue. Therefore, a poor or underdeveloped aerobic system would appear to be a limiting factor for RSA and RHIE. The aerobic system is also responsible for the replenishment of Phosphocreatine and so is very important to RSA.

Waste products from the energy reactions build up when very high intensity efforts are performed. These waste products lead to increased acidity in the body and this has the potential to interfere with the processes involved in the contraction of muscles. If muscle contraction is affected, a drop in performance may occur during repeated sprints or repeated high intensity efforts continue.

The neural limiting factors affecting muscle activation and muscle recruitment strategies are also limiting factors. The build-up of fatigue with repeated sprints may lead to a reduction in neural drive to the contracting muscles during sprinting and thus a less powerful contraction resulting in a reduced RSA.